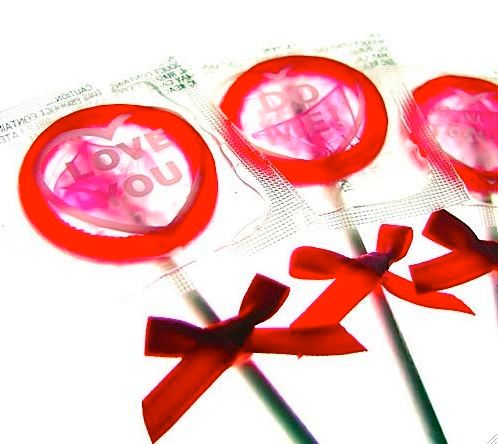 The Dos and Don'ts of Condoms

American Sexual Health Association (ASHA) recognizes each February as National Condom Month. There is ample evidence showing that condoms, when used consistently and correctly, are highly effective at preventing BOTH unintended pregnancies and sexually transmitted infections (STIs). Today we will be focusing on the prevention, treatment, and symptom support of STIs, specifically herpes virus.

STIs affect people of all ages, backgrounds, and from all walks of life. In the U.S. alone there are approximately 20 million new cases each year, about half of which occur among youth ages 15-24 years. Herpes is a common and usually mild recurrent skin condition caused by a virus: the herpes simplex virus (HSV). There are two types of HSV: herpes simplex virus type 1 (HSV-1) and herpes simplex virus type 2 (HSV-2). Most oral herpes cases are caused by HSV-1 and most genital herpes cases are caused by HSV-2. About one in eight people ages 14-49 in the United States have genital HSV-2 infection. However, most people don’t know they are infected because their symptoms are too mild to notice or mistaken for something else. Oral and genital herpes can be uncomfortable, but they are generally not dangerous infections in healthy adults. There are a couple of areas of concern. If a woman with genital herpes has the virus present in the birth canal during delivery, HSV can be spread to an infant, causing neonatal herpes, a serious and sometimes fatal condition. Additionally, having genital HSV makes it easier to get and/or transmit HIV, a virus that can cause AIDS.

There are several days throughout the year when herpes can be spread even when there are no symptoms. The surest way to prevent the spread of genital herpes is to avoid sexual contact during an outbreak and to use condoms for sexual contact between outbreaks. Suppressive (daily) antiviral treatment with valacyclovir has also been proven to reduce the risk of transmission to a partner. Lysine is an essential amino acid that may reduce frequency of recurrences, the severity, and the healing time of a herpes outbreak. Our pharmacist recommends taking oral lysine 1000-3000 mg daily.

There are many ways to treat and manage symptoms when an outbreak occurs, but when it comes to STIs, prevention is key! Here are some helpful dos and don’ts to remember in order to properly use a condom.

DO keep condoms in a cool, dry place

DON’T use out of date condoms or ones whose packaging is torn or damaged.

DO check the expiration date. Old condoms can be dry and can break more easily.

DON’T use scissors or your teeth when opening a condom–you might tear it.

DO open condoms with care.

DON’T try to put a condom on before the penis is erect (hard).

DO put the condom on an erect penis before there is any contact with a partner’s genitals.

DO use a water-based lube with latex condoms.

DON’T flip a condom over and reuse it if you put it on the wrong way. Throw it out and get a new one.

DO throw out a condom after you use it. Never reuse a condom.