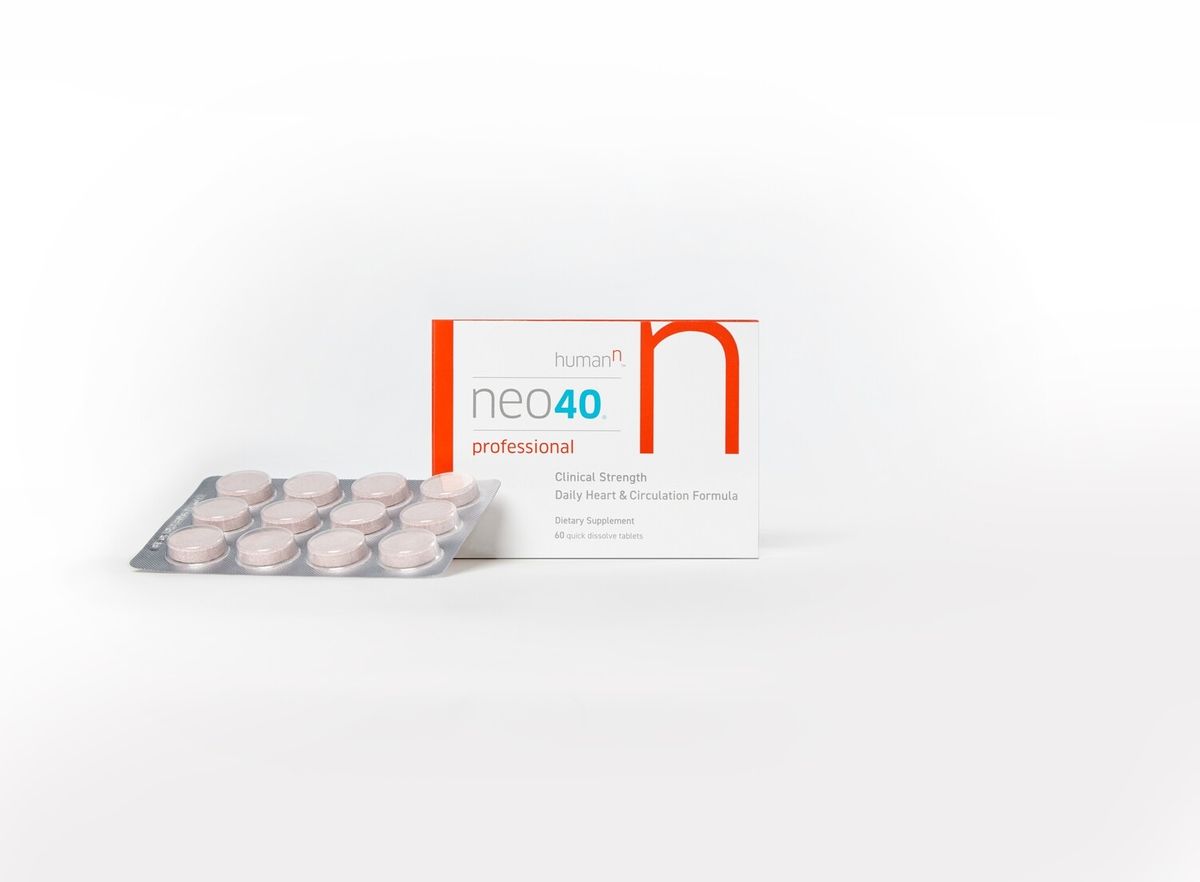 Nitric oxide (NO) influences mental health in several ways. In fact, studies have shown that restoring NO production will help an individual feel better, think better, sleep better, have less anxiety and experience less symptoms of depression. Furthermore, NO is an unconventional neurotransmitter. It’s non-cholinergic, and non-adrenergic, diffusing across cell membranes and flowing in a bi-directional manner, not in just one direction like other neurotransmitters. NO, a freely diffusible gas, is an important intracellular messenger in the brain.

There are many factors that influence the functionality of a person’s production of NO through the arginine/NOS pathway, such as:

NO is a potent vasodilator that is released during enhanced neuronal activity, which also mediates neuronal activity and cerebral blood flow. Decreased NO production can lessen blood flow to the brain, as well as possibly increase inflammation and oxidative stress. Thus, it may contribute to a variety of cognitive issues. Lack of adequate blood flow to carry oxygen, nutrients and glucose to the brain as well as to remove cellular waste can affect brain performance. Decreased blood flow may also impact cognition and an individual’s sense of wellbeing.

Mental health and sleep patterns have a complex and important relationship that is essential in regulating mood and processing emotional information. In fact, research indicates that REM sleep may play an especially significant role in maintaining emotional well-being and psychological balance.

NO is produced within the neurons of the brain that signal sleep and sleep patterns. Furthermore, NO regulates the release of acetylcholine and consequently the occurrence of REM sleep. The relationship between NO dynamics and the sleep-wake cycle suggests that the homeostatic regulation of REM sleep is an age-dependent process involving NO. Therefore, when we lose the ability to produce adequate NO with age, sleep becomes disturbed and our emotional well-being is affected.

Anxiety disorders are the most frequently diagnosed psychiatric conditions and can cause a diminished quality of life. Interestingly, NO may be involved in the regulation of anxiety-like behavior due to its role in inflammation and oxidative stress. Both of these factors have been linked to the pathogenesis of anxiety. NO donors such as nitrates and nitrites from both organic and inorganic sources may also have antioxidant properties. This offers an alternative explanation for NO’s potential anti-anxiety effects.

On a deeper level, anxiety disorders are associated with low levels of brain derived neurotrophic factors (BDNF). Both BDNF and NO enhance synaptic plasticity in the adult hippocampus, promoting neuronal survival and stimulating the process of neurogenesis. The NO-induced neurogenesis in the hippocampus may manifest in enhanced learning, all aspects of memory, as well as reductions in anxiety and depression.

Depression in the global population has a lifetime prevalence of around 20% and is associated with all-cause mortality and a decrease in life expectancy. Neuroplasticity mechanisms governed by NO are a possible molecular basis for its antidepressant effects.

Depression is also associated with impaired neuronal synaptic plasticity. NO plays a role in synaptic plasticity, which positively influences mood in general. More specifically, nitrates up-regulate GTP Cyclohydrolase, thus increasing BH4 biosynthesis. Not only is BH4 the rate limiting enzyme for the NOS-mediated production of NO, but BH4 is essential for the production of serotonin, dopamine, norepinephrine, epinephrine and melatonin required for healthy moods and sleep.

Mucus is the first line of defense against bad bacteria in the gut. This is important, as bacterial imbalance in the gut is linked to many brain disorders. Although mucus is a critical protective layer, it also helps balance good and bad bacteria. People with neurological disorders usually have different types of bacteria in their gut mucosa compared with healthy people. They may also have different amounts of good and bad bacteria. However, NO has a protective effect on the GI tract. It:

The use of antibiotics has long been linked to ‘leaky gut’ or altered intestinal permeability. Mental health symptoms including anxiety, depression, brain fog and severe fatigue are all commonly associated with leaky gut.

Increased nitrate consumption should be recommended during antibiotic therapy to prevent overt inflammation and increased intestinal epithelial permeability that may elicit GI side effects, dysbiosis and leaky gut. Furthermore, many experts consider nitrate to be a critical nutrient for the intestinal microbiome. It may also increase microbial biomass and act as a respiratory substrate for the existing communities, thereby contributing as an essential nutrient to optimal health.

Mast cells are white blood cells that work in the immune system as a bridge between the immune and nervous systems. Mast cells can cause inflammation in the brain and may contribute to the modulation of behavior with manifestations of anxiety, irritability and depression. They contain numerous mediators, including histamine, neurotransmitters, cytokines, chemokines, and lipid-derived factors.

Nitrites and NO inhibit a number of mast cell-dependent inflammatory processes, including histamine mediated vasodilation, vasopermeation and leukocyte endothelial cell attachment. NO inhibits generation of reactive oxygen species by mast cells. This is crucial, as there are increased inflammatory processes in neuropsychiatric conditions such as depression and anxiety.

Chronic stress is another cause of inflammation and associated damage to all cells in the body, including those of the blood vessels and immune system. As a result, NO can plummet.

Glucocorticoids also increase oxidative stress in the mitochondria and impact NADPH oxidase and xanthine oxidase. Furthermore, glucocorticoids decrease the synthesis of BH, which increases NOS uncoupling. This uncoupling then increases the production of superoxide, which in turn increases oxidative stress. Finally, glucocorticoids decrease the membrane transport of l-arginine. In summary, chronic stress and the resultant increase in cortisol wreak havoc on the normal production of NO.

By the time we are 40, our arginine/NOS enzyme system functions around 50%. By the time we are 60, NOS is functioning around 15%. Therefore, restoring nitric oxide by supporting the nitrate-nitrite-NO pathway has been shown to increase the production of NO outright, scavenge free radicals, inhibit NADPH oxidase production of superoxide, recouple electron transport chain of the mitochondria, and increase the synthesis of BH4 to help recouple NOS. All of these actions decrease oxidative stress, which will help increase the production of NO and therefore benefit mental health.